7 Things you should do in Toledo

When you visit the old city of Toledo there are so many monuments and museums that you could visit, you could stay here a week and you’ll still have plenty of things to see… but most of the visitors spend here for only one day, so go ahead and make the most out of your time!

1. The panoramic view by the River

The Tajo river surrounds the city, giving it protection and a perfect frame for a beautiful landscape. There is a small road outside of the city centre, that follows the river line. There are some stops that you can do if you take this road, one next to the Alcantara Bridge, one on the top of the hill in the southest part, and one next to the San Martin Bridge.

👉Read more about this panoramic view 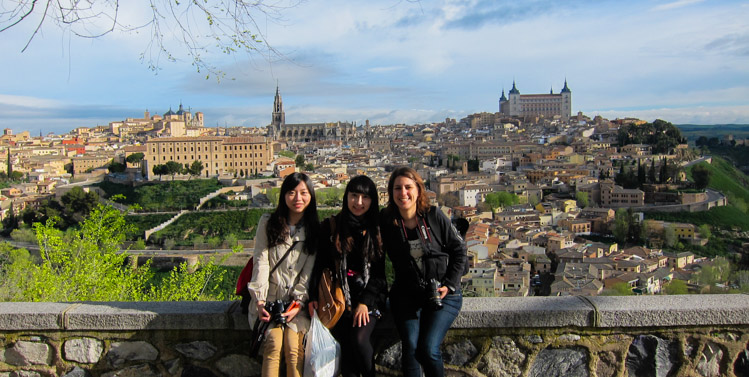 2. A visit to the Cathedral

You can see its tower from everywhere in Toledo, but a visit inside is a real must once in Toledo. It’s a huge temple full with art masterpieces, centenaries of history condensed inside of this Gothic architecture. Don’t leave without a visiting the Treasure, the Saint Blaise Chapel in the Cloister and the Sacristy.

Almonds and sugar, simple but good. In Spain marzipan is a very typical sweet in Christmas time, but in Toledo it’s all year around, traditionally it was made by nuns in the monasteries, and even today you can buy them in some of the numerous monasteries that are still in use. But you can also buy them in the regular shops in the Streets.

👉 Read more about marzipan in Toledo

4. A visit to the Jews Quarter and one of its synagogues

In the Medieval times Spain was inhabited by Jews, Muslims and Christians. And Toledo is known as the City of the Three Cultures, because of the reciprocal tolerance of that time. Jews where allowed to live wherever they wanted in the city, but there was a Jewry where most of them lived, for practical reasons (e.g. living close to their schools and synagogues) , from that time we still preserve  two synagogues: “Santa Maria La Blanca” and “El Transito”, they are beautifully decorated in Mudejar style.

5. Relax in a Cloister

If you visit the Santa Cruz museum or the San Juan de los Reyes Monastery, spend some relaxing time in their cloisters. The plants and stone walls preserve a quiet environment. Leave you camera in your pocket for a moment, and walk around the two levels. 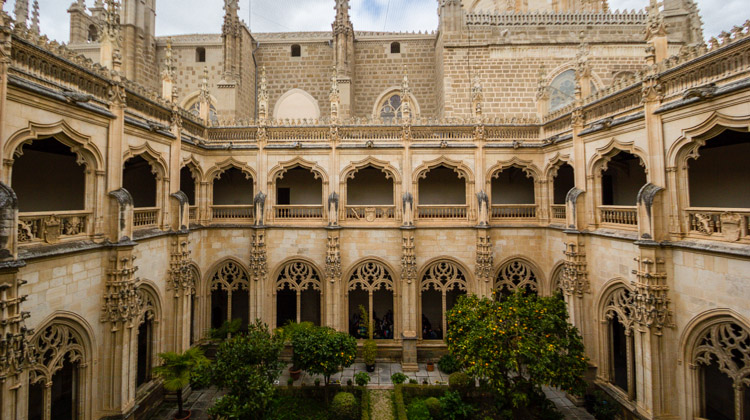 Every corner of the city has many details, don’t go only to the main monuments, look everywhere for traces of the history of art: Gothic gargoyles, Islamic ceilings, imperial coat of arms, battlements, horse shoe arches, carved plasterwork, colourful ceramics…

Take the narrow streets and don’t be afraid to get lost, in fact you’ll probably get lost anyway, so forget about the map, you’ll end up finding your destination, it’s a small city. And in your way, if you find a gate open, try to get a glance of the interior patios of the houses, some of theme are real jewels.

👉 Read more about the Patios in Toledo