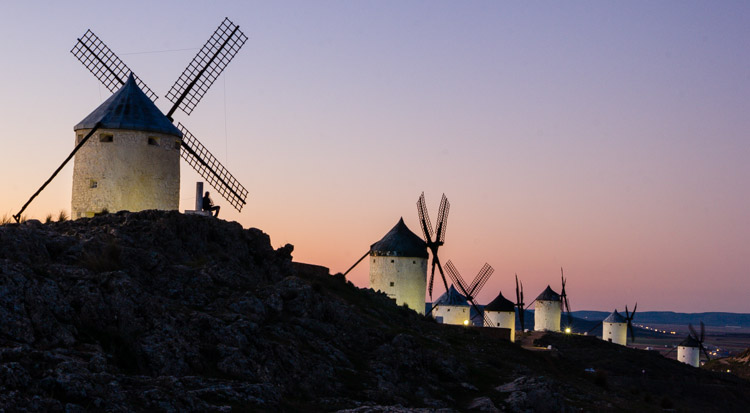 Consuegra is a pretty small town not so far from Toledo, and rich in history. the first settlers in this area date back to 5th BC. It was also a part of Roman Empire, survive the rule of Muslims and nowadays this place has a unique medieval architecture, a castle and is especially famous for windmills that were preserved during centuries. Those windmills are very much alike to the ones that were described by Miguel de Cervantes in his tremendously famous book about Don Quixote.

Consuegra is a town that gives you the feeling of being in the Middle Ages. A small town with the hill nearby that it is worth to climb on (it is also possible to drive there) since there are the famous windmills and the castle. It offers a panoramic view of the city, mountains and fields of olive trees. Picnic tables allow tourists to enjoy this place for a little longer. Since Consuegra is only 60km away from Toledo, it is easy to make a day trip from there and visit the historic monuments.

Don Quixote was published in 16th century, and the old windmills have became very popular, as an icon from La Mancha and from Spain. In Consuegra there were 13 windmills and 12 of them are restored and can be visited. It is said that those windmills were passed down from generation to generation and the primary purpose of them was to grind grain. Nowadays windmills are used only for tourist purposes, for example one of them has the tourist information office, a snacks bar and a small shop. Every windmill has its unique name, that was taken from the famous Cervantes’s book. 4 of these windmills are still usable with the machinery still working, so tourists can see how those windmills used to work. 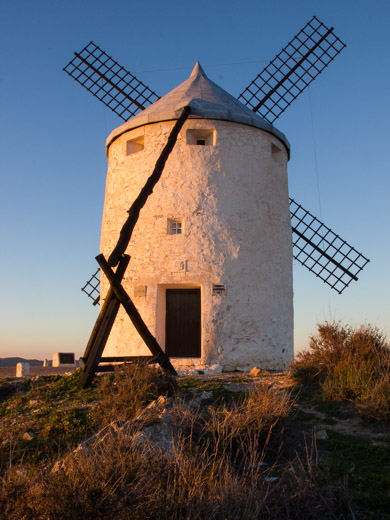 This magnificent castle, on top of the hill, was originally built by Muslims in the 10th century, in order to protect themselves from the Christians that were conquering other places coming from the north, during their crusades.  King Alfonso VI got this fortifications in 1083, and two years later he manage to conquer Toledo to Christianity. The castle’s architecture was changed when the castle passed into Christians hands, specially during the 12th century, with many parts added, like a chapel, a Chapter House, towers, new walls, grain storages, cisterns…

The cost of visiting is 4€ and it gives you the opportunity to see and understand the interior of  a medieval castle, mixed with different periods of the Spanish Reconquest. 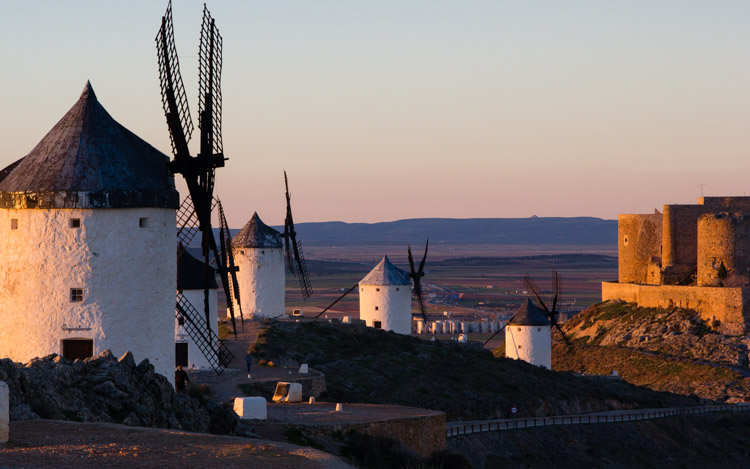 How to get to Consuegra from Toledo and from Madrid

It can be reached by bus with the company “Samar”:

You can also contact us for a private tour of Toledo & Consuegra.

Consuegra on the map