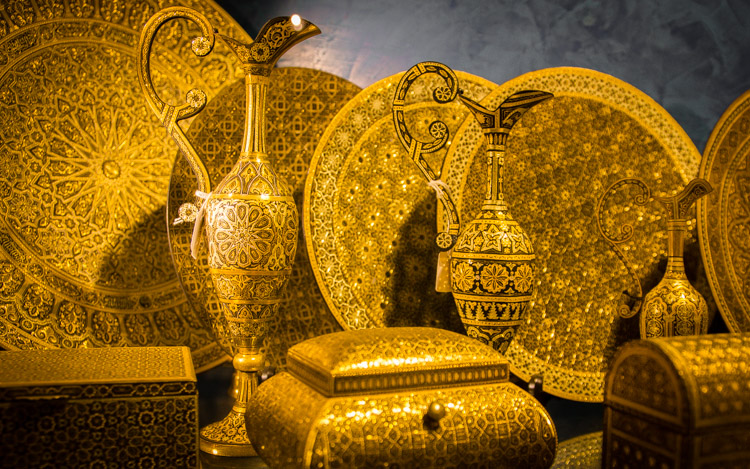 It is an ancient art that has a rich history in Toledo, damascening is decorating metals with precious metals (like gold and silver) and creating amazing artwork, for example jewellery or decorative plates. This art requires a patient person with steady hands and specific tools.

It is one of the oldest traditions in Toledo, even today is considered a leader city in sword-making. Nobody was able to copy the swords that were made in Toledo even though there were various attempts during history. The sword-making of Toledo was known even in a faraway and isolated country like Japan from where some high-ranked leaders used to come to Toledo to make their swords. Sword-making itself used to be like a ritual, not only the craftsman had to use his talent but also prayers and certain songs were practised which was needed to count the time of the process.

Making iron products is also one of Toledo’s 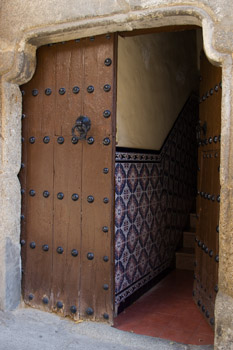 crafts. Most of the products used to be products for cooking, and protection and decoration of windows.

In the Santa Cruz Museum there is a permanent exhibition about ceramics in the Iberian Peninsula, including one part dedicated exclusively to the ones in Toledo.  Not only crockery or pottery, but also colourful ceramics are traditionally been used for the decoration of patios and floors.

Wooden coffered ceilings where a very common solution to avoid heavy roofs. And the art of decorating them have been very much developed within the mudejar style.